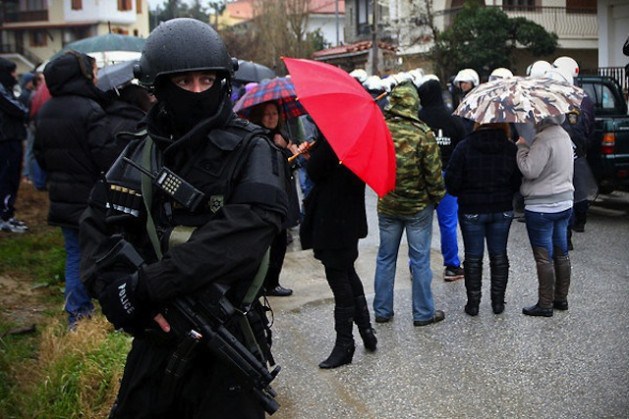 As Eldorado Gold holds its annual shareholders’ meeting in Vancouver today, Canadians may ask themselves why the company’s plans to mine gold in northern Greece are meeting such strong resistance from residents and even some local authorities. There are really only two problems: what the company is planning to do, and how it is going about doing it.

Eldorado is planning to build a combination of open-pit and underground gold mines, linked to its existing Stratoni lead-zinc mine. While the company plans to use closed-circuit processing, not open-air heap leaching (as it does in Turkey, where it has caused serious problems), the potential impact on ground water and surface water flows is huge; the mines will also require the destruction of significant areas of forest.

Tourism and farming are the life-blood of northern Greece, and destroying big chunks of the environment isn’t good for either one. As well, mining is a finite endeavour by definition, while properly managed fisheries, agriculture, and tourism will last forever. Despite the company’s claims of public support, most people in Halkidiki and Thrace have already decided on a sustainable future, not an extractive one.

Perhaps the public support Eldorado refers to is that which the company has paid for. Eldorado has ramped up its hiring of local people, even if they don’t really have work to do, so that they’ll have an interest in the projects’ approval. Eldorado has also taken advantage of the economic crisis to put increasing pressure on Greek authorities, as evidenced by the “fast track” designation granted under “austerity” policies to allow the company to get its permits without meaningful public participation. The company has also relied on increasingly violent police action to repress protests, which in turn have grown angrier. Amnesty International has expressed concern over the deteriorating situation, which has included the burning of company equipment by protestors, but also police chasing down and savagely beating peaceful protestors, firing teargas into people’s vehicles, illegally extracting DNA samples from ‘suspects’, and breaking down doors in the middle of the night to make arrests.

Eldorado management may be making a mistake in assuming it can ride out the protest. While the Greek concessions may have been worth little when TVX Gold collapsed in 2003, Eldorado paid handsomely for them when it bought European Gold at the top of the market. Shareholders have not shown much confidence in the company’s approach as share prices are roughly half what they were year ago. Eldorado may have all the permits it needs, but it can still be held up in court – and on the street – if it does not try to take residents’ concerns on board. As John Psaropoulos reported in E-net, “Frontier Pacific, the Canadian firm from which Eldorado bought its Perama concession, understood that beyond its legal license from Athens, it had to win what its CEO, Peter Tegart, called “social licensing” from the local population.”

The industry (and Eldorado) likes to portray its opponents as ignorant or manipulated, but Greeks don’t have to look further than a major spill in 2002 at the Stratoni mine, the company’s only operating mine in Greece, to get an idea of the scale of any potential impacts.

Gold Mines in Greece to Benefit Canadians – Not Greeks

Why is this a Canadian concern? Aside from being a Canadian company, it is taking advantage of the economic crisis in Greece to push through projects that are environmentally risky in the face of massive public opposition. And that while the Harper government dismantles Canadian domestic environmental laws, there are still no laws governing Canadian companies’ environmental or human rights impacts abroad.

Or how about the fact that any Canadian who has a social insurance number is a shareholder? The Canadian Pension Plan, meant to support Canadians in their old age, has chosen to gamble on Eldorado. As of March 31, 2012, the CPP Investment Board held 5,741,000 shares in Eldorado Gold Corp., worth some $79 million at the time, now a little over half that. The CPPIB has no ethical criteria or “screens” on where it invests our pension money.

Not only that, but the Canadian government supports Eldorado all the way. In an astonishing YouTube clip, the mayor of Alexandroupolis, Vangelis Lampakis, humbly tries to explain to an uncomprehending Canadian Ambassador that his community does not want a gold mine, and why. Ambassador Robert Peck seems unable to even absorb what Lampakis is saying, and persists in trying to find out what his price is. As Canadians, we should tell our government that this is not acceptable. As Eldorado Gold shareholders, we should tell the company’s directors and management to back away.

Watch our “Our Silence, Their Gold”, a 20-minute informational video on Eldorado Gold and its predecessor TVX in Greece. (Click on ‘CC’ in the YouTube control bar to enable English/French subtitles.)

And for an industry perspective: Seeking Alpha: Exposure to Country Risk: The Eldorado Gold Edition, April 14, 2013

Is Greece in shock? Naomi Klein tells EnetEnglish how her bestseller The Shock Doctrine relates to Greece, April 26, 2013

Conflict Antiquities blog: Greece: exploitation, repression and resistance through destruction in the Skouries mine conflict, April 10, 2013